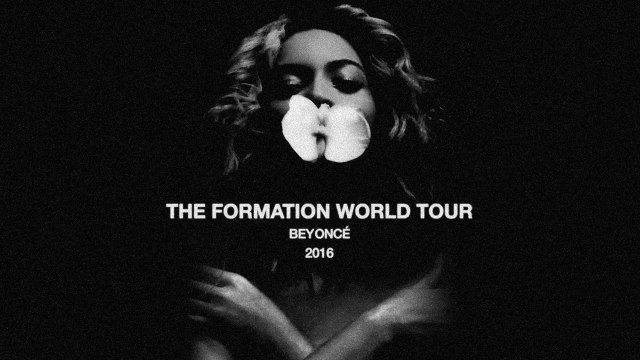 Opening the show instructing her fans to shout “I slay” Beyoncè was already encouraging 90,000 admirers to show confidence and be fierce. The influential singer and advocate for black lives matter performed her crowd-pleasing opening song Formation with her choreographed dance troupe marching behind her.

It is crazy to see how far she has come since Destiny’s Child growing as an artist and entertainer. A passionate and strong woman, the world has still carefully scrutinized her over the years from her age and pregnancy to Jay Z’s infidelity rumours. However Beyoncè always comes back fighting and as she fist pumps the air the strong message of independence and female empowerment echos through Wembley Stadium.

An expert storyteller Bey’s latest album Lemonade does just that. It tells a story of forgiveness, redemption, and combines her own personal experiences with black people’s suffering in America. Of course her set wouldn’t be complete without some older material from her previous albums Dangerously In Love and I Am Sasha Fierce alongside Destiny’s Child throwbacks.

A packed out stadium Beyoncè had her fans (also known as the Beyhive) bowing down to their Queen and all the females uniting to sing “Run the world (girls)”.  Labelled a modern day feminist she has inspired many to stand up and support one another.

Her beautiful a capella rendition of “me, myself and I” stuck a chord for many in the arena as she coincided it with an emotional speech about self importance, and striving to achieve a wonderful relationship with yourself.  She didn’t shy away from declaring her love to her Alabamian/Creole roots whilst playing a short clip of family images and videos. Beyoncè reminded us that we all our human and we should be proud of our heritage and who we are.

Even her interludes didn’t fail to impress; washing the crowd with purple lighting to pay homage to the late Prince. After a quick change into a glittering leotard her powerhouse vocals paid a poignant tribute singing “The beautiful ones” by the legend himself and purple confetti rained across the audience.

Survivor, freedom and halo were the last songs of the evening, and performing these accomplished dance routines in shallow water proved what a true, master show-woman she really is.

When life serves you lemons you make lemonade.