You are here: Home / Uncategorized / The Girl On The Train Film Review… 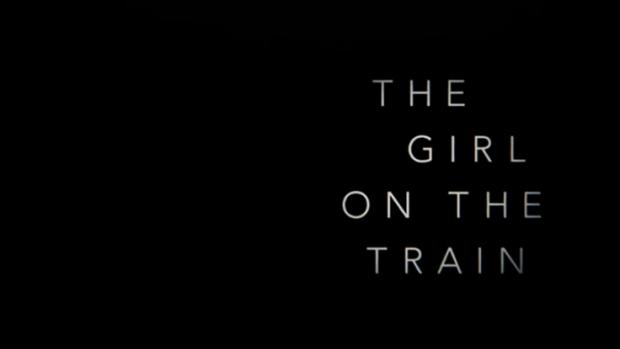 Last weekend I went to see The Girl on the Train, after finishing what a thought was a thrilling read months back, I was extremely excited when they announced the new film. Now many films do not live up to the expectation of the books and the one films that I have been relatively pleased surprisingly enough was the Harry Potter movies!

The Girl on the Train is a female mystery psychodrama based on the bestselling book of the same name. Both the novel and film were compared to Gillian Flynn’s successful novel Gone Girl.

Fans of Paula Hawkins smash-hit reacted with disgust to the set change of The Girl on the Train as it travelled from London to New York thanks to the screenplay by Erin Cressida Wilson and director Tate Taylor. Devastated by her divorce Rachel (Emily Blunt) turns to alcohol, wallowing in self-loathing, and drowning her sorrows on the Hudson Line commute from where she overlooks the suburb in which her ex-husband Tom Watson (Justin Theroux) and, his new wife Anna Watson (Rebecca Ferguson) reside in Rachel’s former home with their child.

Constantly harassing her ex with repeated phone calls and spontaneous visits it is clear that Rachel is definitely unhinged. An outsider who retains the British accent crashes at a friend’s house, it is also clear that she is a burden. Empty bottles of wine litter the bedroom and her housemate develops tired frustration announcing to the audience that what was supposed to be a two week stay turned into two years.

On her daily journey, located a few houses down from the Watson home and fixated on the surrounding neighbourhood Rachel develops an obsession with the coupled inhabitants Megan Hipwell (Haley Bennett) and Scott Hipwell (Luke Evans), who seem to live extremely close to the train line. Who is the blonde girl on balcony? One day she is Jess some days she is named different depending on Rachel’s mood.

Rachel imagines the mysterious couple living the perfect life and representing true love in its finest form. She has visions of their sexual encounters and yearns over a relationship she can’t have but so desperately wants. One day returning from her long commute Rachel catches a glimpse of something unfolding in the garden of the white fenced home that crushes her fantasies.

When Megan goes missing Rachel appears as an old friend presenting herself as a helping hand to Megan’s husband. But do Rachel’s blackouts hide some guilty secrets? The mystery here lies with what happened that fateful night and Detective

Sergeant Riley (Alison Janney) tries to uncover the missing events that occur that night when a drunken Rachel stepped off the train.

Throughout the film there is a strong feminist influence and suggestion that Rachel, Megan and Anna share a singular experience, often using intertitles “six months ago”, “today” and “last week” to flick between different character perspectives and flashbacks.

“I’m not the girl I used to be,” says the narration, a phrase that is consistently repeated throughout the film, linking the central characters, all of whom are in some way living a lie.

Every character in the story appears to have a nasty flippant side. Often portrayed as abusive, rude and nasty neither one is shown in a positive light and this is reflected in the lives of the three women as none have a positive experience with the male figures in their lives.

The whole movie depends on Emily Blunts who seamlessly portrays Rachel even when the character is falling apart. Blunt has proved herself to play a strong yet serious character that will remain a firm presence in future genres. Her convincing performance of a drunken Rachel sits well, as she plays a chaotic mess for most of the movie and is always on the verge on a mental breakdown.

Emily’s Blunts drunken state is accompanied by a red, blotchy complexion, untamed hair and smudged eye makeup. Taylors use of disorienting camera angles and out of focus shots assist in portraying the instability of Rachel’s life.

The Girl on the Train is a victim of its hyped up marketing campaign. The trailers have given too much away for those that haven’t read the book and for those that have delved in, there wasn’t enough excitement from the storyline, but however no scene was boring it is just the lack of emotion from other characters that hindered this film.

A powerful performance from Blunt showed the different sides of Rachel’s personality often switching from a sad case to a terrifying and angry soul, never knowing when the change was going to come, Rachel leaves you guessing throughout the film.

The Girl on the Train is an engaging story that could have been extraordinary but lacks that powerful punch. The film may not have been glorious but Blunt’s performance is a true winner.

Have you seen the film or read the book? What did you think?